How Kenyan Children are Named 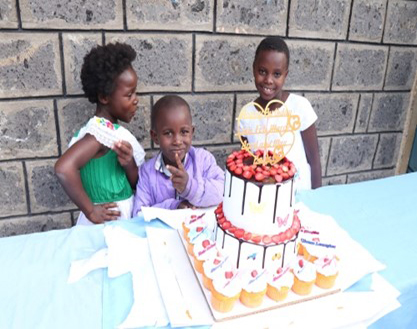 How are the Kenyan children named? This was the question I posed to my cousin and her daughter who have past and current missionary and educational experience in both Kenya and Nigeria, respectively. The following was written after reading their responses.

In the Westernized world children have a first and middle name chosen by their parents at birth followed by the family surname. This practice helps us identify family members. We can fairly easily determine who is related to whom.

In Kenya and Nigeria there is no standard naming practice. In fact, children aren’t named at birth. They are named one week to one year later, depending on their tribal culture. In traditional cultures, babies are considered to be part of the spirit world and may decide not to live. Consequently, they don’t have an earthly identity until their naming ceremony.

At their naming ceremony children’s names are chosen dependent on tradition, culture, circumstances surrounding their birth, the amount of education the parents have and if the parents are westernized. It is common for a child to have 5-6 names, one of these names is usually from their tribal language. It is this tribal language name that the child is often referred to at home.

At any time in a person’s life a name can be added. A western name can be added upon baptism or confirmation. Names added can reflect physical features, nicknames, significant life events and entry into puberty.

The following example helps to further explain the naming of children:

“A required novel for high school students was written by a Luo. It covers four generations of a family. One of the names of the original matriarch was the season when she was born. An aunt’s name was also given because that aunt was able to calm the colicky baby when no one else could. A third name was given because she had a loud cry as a baby. Another name was added later because she acted like a boy.”

To confuse us Westerners even more, what we refer to as cousins are called brothers and sisters. Families are communal in these countries and decisions about the entire extended family are decided together. An example being, who is in the best position to raise the children of a family member who has passed, is struggling, or can’t feed their children. This practice eliminates the cousin distinction, all children of the family are brothers and sisters.

Christine Wambui, the director of HOREC, one of Global Hope’s partners in Kenya, shared this information:  Every tribe in Kenya has a different way to name children. Children in my tribe, “Kikuyu”, are named after their grandparents, aunties, uncles or any relative in the family.  It is common to find cousins in a family that share the same name. The first name is usually an English name, the second name is the tribe name (mostly the same as the grandparents) and the last name is the surname. This is the common practice from my tribe, e.g., my son Edward has named his daughter Christine Wambui the same name as me.

Quote and information with thanks to Cindy and Katrina Korb